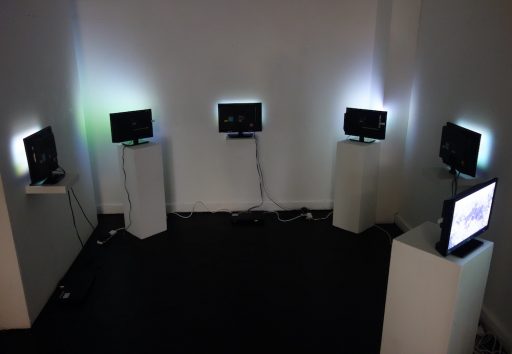 It was the nightingale…

Inside the zoetrope, the broken circle of monitors turned away from us towards the wall, we are in Susak, Croatia, in spring, and we’re trying to catch a glimpse, in the thick foliage we can’t see through, of the source of the singing we can hear, the hidden birds, filmed singing in the daytime rather than the night as they’re supposed to, but who won’t show themselves anyway. Whose singing now in this false dawn offers us a privileged moment, never repeatable, as they try out new turns of phrase for this year’s song. James’ formal decision to turn the monitors to the wall returns the nightingales’ nominative essence.

For Juliet, remember, their singing is iconic, an easy way of persuading Romeo it’s still night, not time to head off yet. She’s lying, of course. But he believes her.

La nuit américaine – (Day for night: a way of faking night scenes in cinema, by underexposing the film in the camera, or by adding a dark filter.) In these days of technological trickery, CGI and green screen and beyond, an outmoded practice, since the camera can finally do what it never could: it can see in the dark. A sliver of truth in the cinema’s tissue, or rather its collage, its montage, of lies. Editing=Death, remember. Each cut obliterating the one before.

Again and again Keran James’ flagrant lies pull us up short: “MISSING” (2018) is right there in front of us, spelt out in silver alphabet balloons. In “Narcissus and Echo”, in a corner, a mirror reflects the wall, not the mirror it is paired with (cancelling each other out or making one (w)hole?)

In earlier work too, in “HOLLYWOOD(LAND)”(1999) the eponymous sign was planted in a field in Oxfordshire while in the postcards for “London Retrospective (Si monumentum requiris…)” (2005) the Tower of Big Ben is represented by a happy group of tourists in the sun, Buckingham Palace by a charming little ice-cream stand in a shady park. (Honestly, though, it makes perfect sense, the ‘sight’ is now behind the camera.) And here again, the image on the tv monitor is the patch of wall actually behind it. It’s somehow a barefaced lie and the absolute truth all at once. Reversals and circlings are constant modes of movement in his work, all the better to destabilise us, cut the ground from under our feet.

We’re in a world not so much of deception, the common currency of art, after all, as of misdirection, the conjurer’s tactic of showing us one thing in order to make us all the more aware of another. 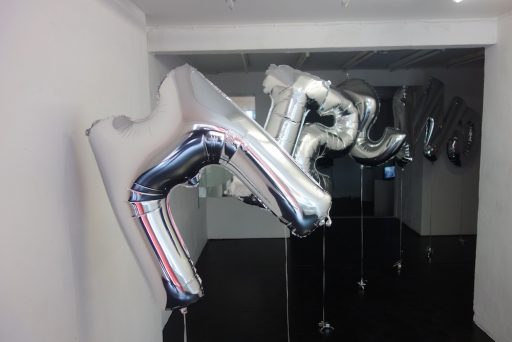 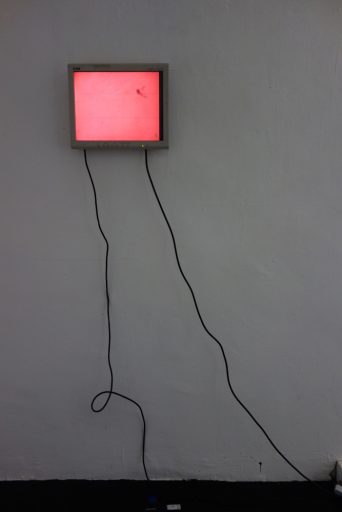 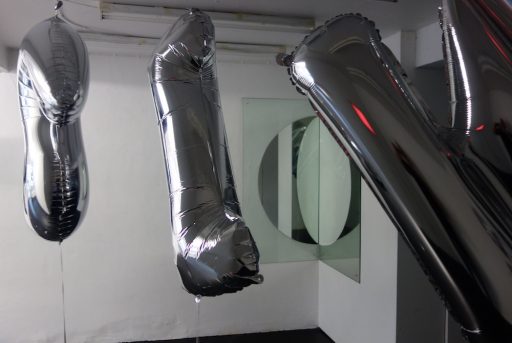 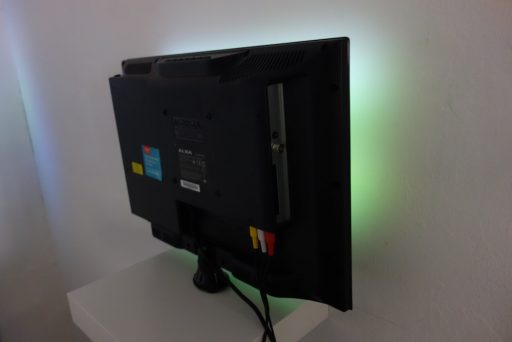 and DAY FOR NIGHT II (Zoetropical) 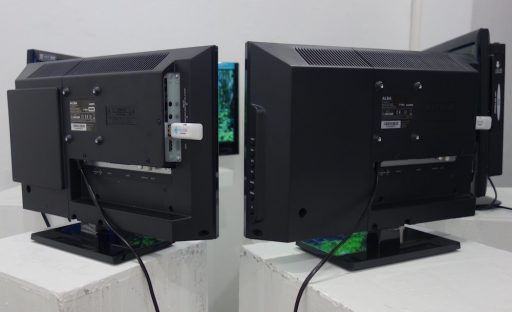