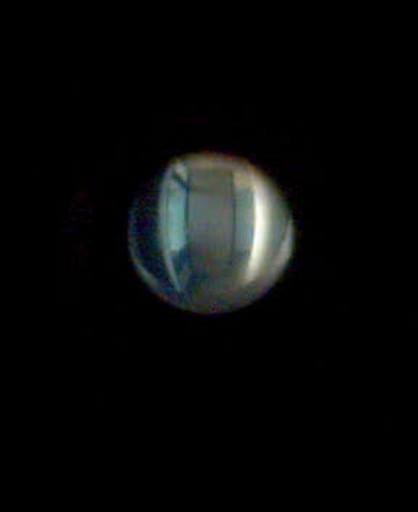 ‘Circling, searching for Jodrell Bank as it turns itself to look for the stars which circle invisibly above, James asks not just for the moon but for a meaningful communication, a recognisable signal that might bring a temporary shift in orbit as well as metaphor. Perspectives alter with distance and new configurations force re-interpretation of a world which is only minutely ours.
From our various no-man’s islands, whether that of the devilish Doctor Moreau or the angelic Henry David Thoreau, we look out upon seas we cannot fathom or which it might be better for us not to.  The outside world allegorises itself before our eyes. Other people, other planets.’ 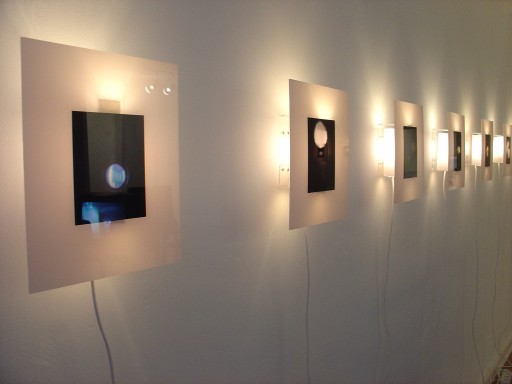 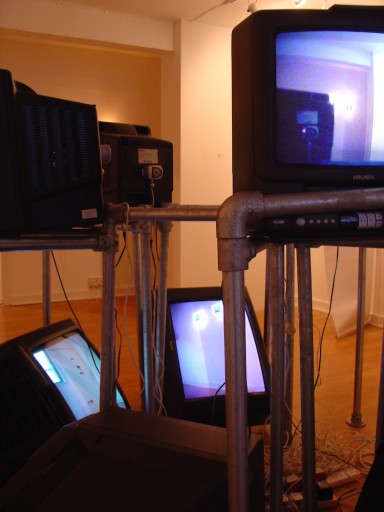 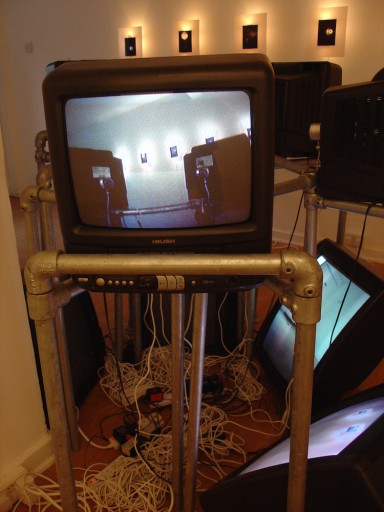 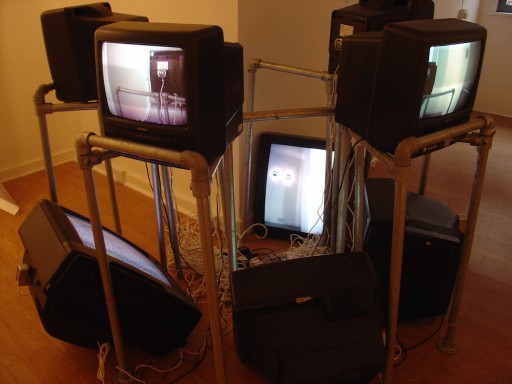 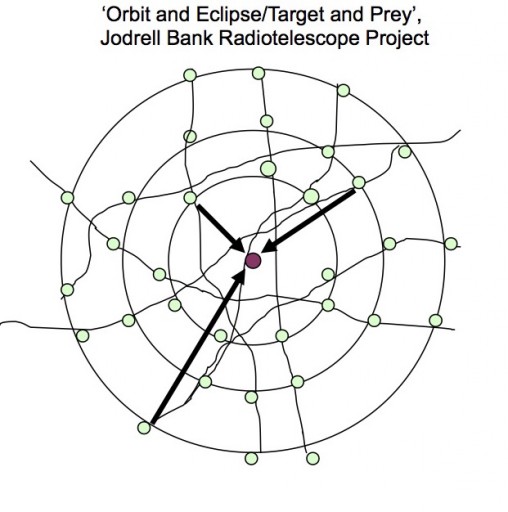 The subject is the Jodrell Bank Radio Telescope Cheshire UK built in 121123. As it itself circles, searching the skies, I circle it, building up a multiple image much as the Radio Telescope maps the stars. As the objects of the telescope’s search are invisible to the naked eye, so the telescope is itself sometimes obscured by the landscape it is located within.

This is the heart of the project – searching for an object/structure that is itself searching for an object. Jodrell Bank Radio Telescope is the target of each of these photos. As the camera looks inward the radio telescope looks outward. In each case, although the Telescope is the subject of every photograph, the camera pointed directly at it, the terrain/topography/land-use/other buildings/trees may at any point render it invisible.

A project based upon finding a means of photographing without composing – a way of re-establishing the ‘objectivity’ of the medium – indeed of photographing the invisible, in that the results cannot be ‘foreseen’.

(In parallel to this, an on-going concern of mine is to work with the complex transition that occurs between the last canto of Dante’s Inferno and the first of the Purgatorio – in which direction/vector/hemisphere and … turn themselves inside out in a particularly un-graspable (for Dante and ourselves if not Virgil) reversal of direction. Which incidentally results in the stars once again becoming visible)

Thus centripetal inward looking camera is transformed into the centrifugal search (longing) of the radio-telescope, a longing that as it itself turns in the Cheshire countryside, waits for a signal from space you could say it longs for. The ontology of hope.

Thus at each intersection of a road with the circumference of a pre-determined circle a photograph is taken. (see image 1). At each cardinal point of each circle a further three photos are taken, the outer pair 400 metres either side of the central one (see image 2).

For me the Jodrell Bank Radio Telescope is one of the most significant (and in the honesty of it’s function-led form) beautiful structures in England. There are more inventive pieces of architecture but nothing looks quite so simultaneously alien but nonetheless so much the product of humanity’s ambition and idealism.

Apostille birth certificate. Apostille services. Our Services. We provide services in all 50 states.